You Are Not A Victim 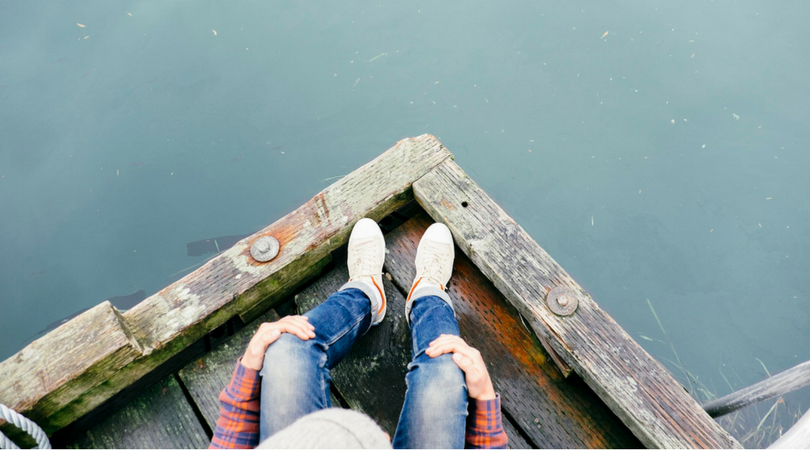 Several years ago, there was a man who endured suffering like most people have not known. We don’t know much about his childhood, but as an adult, the church he left physically abused him and was set on ruining his reputation. They would make a point to hurt him when he would come to the area, whether it was finding and beating him, or accusing him of false crimes and sending the police after him. As a result, it is no surprise that he was put in prison more than once, unjustified, which disrupted him in his work and his health.

Speaking of his health, this man was suffering from a condition that was never diagnosed. It caused consistent, considerable discomfort. Depending on who you heard from, some said it was his muscles, while others his joints. Almost everyone who met him, when describing him, said he walked crooked because of it. They would also say he was short. Unfortunately, they would also often describe him as, well, ugly.

In addition, his very existence was rather unfair. He was a minority, both in religion and race. He never married, either.

This man was single, suffering, and although deeply loved by many, unwanted by many more.
While in prison, although not known to have visitors, he was known to write letters. He rarely talked about his plights. In one of his letters, however, he did address his abuse and physical ailments.
“Five times I received… thirty-nine lashes,” he wrote. “Three times I was beaten with rods. Once I was stoned.” Regarding his physical suffering: “Three times I pleaded with the Lord about this, that it should leave me.”

But this was his reaction to it all: “I will boast all the more gladly of my weaknesses, so that the power of Christ may rest upon me. For the sake of Christ, then, I am content with weaknesses, insults, hardships, persecutions, and calamities. For when I am weak, then I am strong.”

By now, if you are familiar with the people in the Bible, you know that this person is Paul. And if Paul were alive today and we were to write a bio for him, it would probably look something like this:
Paul. Writer, speaker. Disabled, marginalized, abuse survivor, one of the oppressed. Single.

But if we described him that way, he would protest. Paul repeatedly introduced himself with a very different title:

The cross doesn’t leave room for us to call ourselves victims. It has declared us victors. Through Jesus’s death and resurrection, “we are more than conquerors.” (Romans 8:37)

[bctt tweet=”The cross doesn’t leave room for us to call ourselves victims. It has declared us victors. Through Jesus’s death and resurrection, “we are more than conquerors.” (Romans 8:37)” username=”emmurbs”]

Before we go any further, we should define our terms. In this article, the word “victim” is not the objective, “Someone who suffers at the hands of another”, but “victim” as a state of being. We can suffer at the hands of sin, absolutely. If you want to use the word “victim” as a purely objective descriptor, then yes, we can be victims. However, a victim mentality and viewing ourselves as victims is self-glorifying.

It is a fine line between meeting the criteria of a victim and being a victim.

The Issue of Victim Mentality

For lack of a softer phrase, viewing oneself as a victim is having pity for oneself. Adopting that label as our identity continues the state of victimhood. “I am a victim,” is very different from “I was a victim.” We cease being victims (sufferer at the hands of another; victim as objective descriptor) after the act is completed. We are, however, continually victors in Christ. “Victim” is a label of defeat. If our identity is one of defeat, it cannot be one of victory.

Caring for ourselves and mourning over tragedies we have suffered is necessary and is good. Being finite, weak beings, we need to process this linear timeline that consists of a past, present, and future. It is important to come to terms with our past and give it to God, to care for, speak truth to, and seek aid from God in our present, and trust God with our future. This is the design we have been given as humanity.

However, when we give ourselves pity and take on identities of defeat, we are elevating ourselves above God. In order to do these things, we have to be dangerously introspective. God permits us to examine ourselves, but in the very specific circumstances of communion (I Corinthians 11:28) and testing our faith (II Corinthians 13:5). As with everything God ordains, this is wise, loving, and good. This is where we learn the distinction between healthy self-examination and unhealthy introspection.

When we give into this unhealthy introspection and label ourselves defeated, we are claiming that Christ’s death was not enough to defeat sin and death. We claim that His resurrection was not powerful enough to give us a new identity of eternally redeemed. I would go so far as to say that, if we’re not careful, saying “being victims while being victors” is saying Christ is still dead while He is alive.

The Bible Speaks to Victims

So what is God saying then? Are victims to be unheard, told to get over it, told that what they experienced doesn’t matter?

No. God cares for and answers the victimized.

Nowhere in the Bible will you see commendations for maintaining a victim mentality. Rather, we encounter an abundance of hope, promise, and rest in God as He makes all things new.

God answers, “I was grievously wronged beyond what I can imagine,” with “I know, and I have, too.” He has seen all evil we have endured, as stated in Proverbs 15:3 and again in Hebrews 4:13. He also endured abandonment (Matthew 26:56), ostracism (Luke 17:25), abuse to the point of disfigurement (Isaiah 52:14), and even the rejection of God (Matthew 27:46). All of this confirms to the sufferer that they are neither alone nor unknown in the depths of their suffering.

God answers, “Justice was never served to me,” with “You can trust me with that.” God promises to punish evil in His perfect time (Romans 12:19), but even before that, He has exacted the consequence for evil on His own Son (II Corinthians 5:21). Entrust God with everything – including justice for your suffering.

And lastly, God answers, “My name is victim,” with “I have something better.”

Your name is New. “Therefore, if anyone is in Christ, he is a new creation. The old has passed away; behold, the new has come.” (II Corinthians 5:17)

Your name is Chosen. “But you are a chosen race, a royal priesthood, a holy nation, a people for his own possession, that you may proclaim the excellencies of him who called you out of darkness into his marvelous light.” (I Peter 2:9)

Your name is Purposed. “For we are his workmanship, created in Christ Jesus for good works, which God prepared beforehand, that we should walk in them.” (Ephesians 2:10)

Your name is Friend. “No longer do I call you servants, for the servant does not know what his master is doing; but I have called you friends, for all that I have heard from my Father I have made known to you.” (John 15:15)

And your name is Victorious. “Little children, you are from God and have overcome them, for he who is in you is greater than he who is in the world.” (I John 4:4)

The cross doesn’t leave room for you or anyone else to call you a victim. Honor God by refusing to glorify your victimhood and choosing to glorify His victory.

Uproot // The Fight of Sanctification