Grace In The Face of Doubt | Judges 6 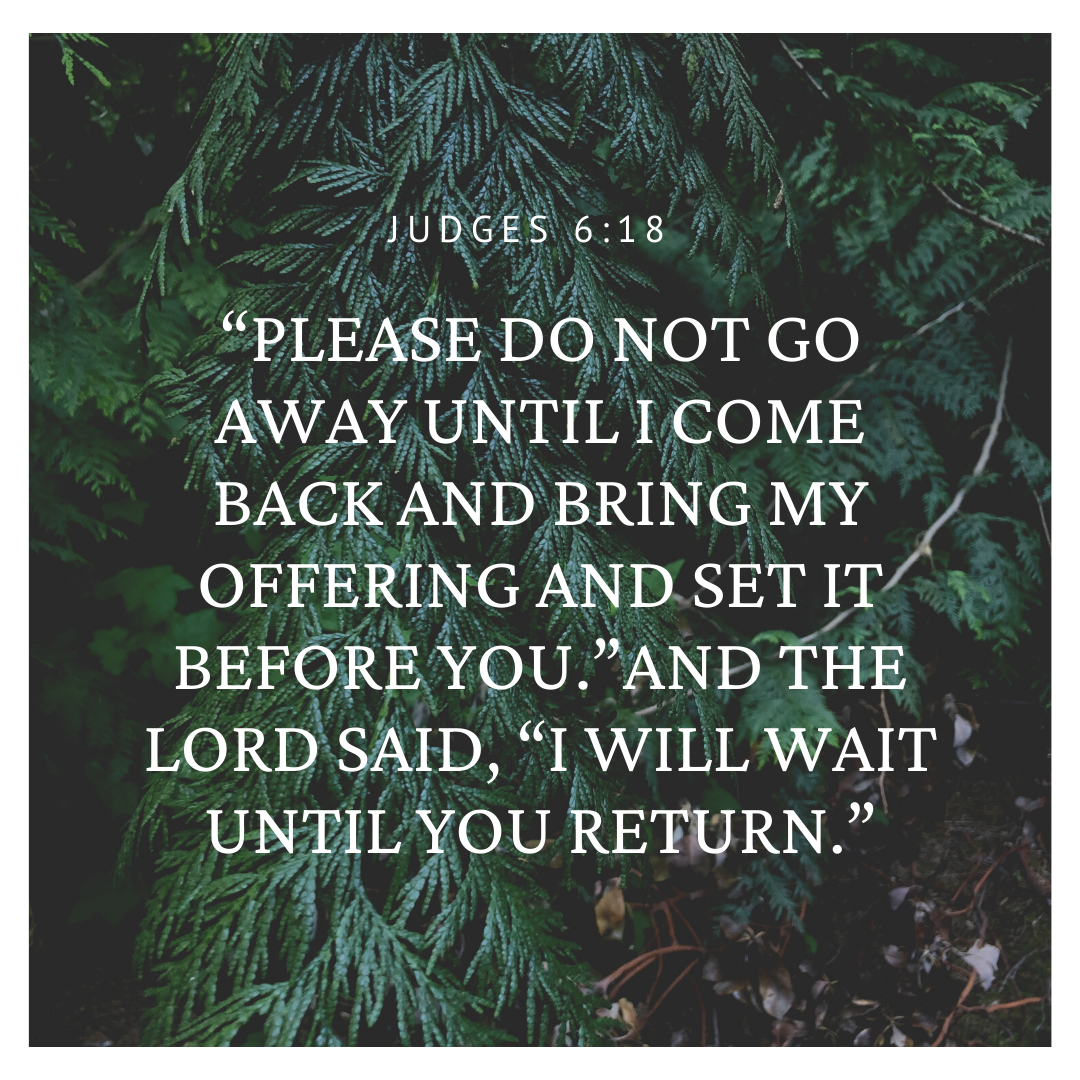 After years suffering at the hands of the Midianites, Gideon is approached by an angel of the Lord, who says, “The LORD is with you.”

Gideon seems frustrated. “‘Pardon me, my lord,’ Gideon replied, ‘but if the Lord is with us, why has all this happened to us? Where are all his wonders that our ancestors told us about when they said, “Did not the Lord bring us up out of Egypt?” But now the Lord has abandoned us and given us into the hand of Midian.’” (Judges 6:13)

He reflects on the stories he was told of the Lord in the past, finding his experience of that God now doesn’t match up. But there’s something interesting to note here: his memory is incomplete. It does not include the disobedience that led to wandering in the desert for 40 years. It also does not include the broken covenant – broken not by God, but by the people – as God states in Judges 2 – the same covenant broken yet again in Judges 6 where we find Gideon:

Now the angel of the Lord went up from Gilgal to Bochim. And he said, “I brought you up from Egypt and brought you into the land that I swore to give to your fathers. I said, ‘I will never break my covenant with you, and you shall make no covenant with the inhabitants of this land; you shall break down their altars.’ But you have not obeyed my voice. What is this you have done? So now I say, I will not drive them out before you, but they shall become thorns in your sides, and their gods shall be a snare to you.”

Doubt often arises when we have an incomplete view of God – if we misunderstand God’s sovereignty, the role of suffering in the world, the substitution Christ makes on our behalf, even the whole history that precedes us to the dawn of creation, when suffering strikes, we may find ourselves in a position where doubt is near.

But the Lord meets Gideon with grace, for He knows Gideon is dust (Psalm 103:14). Despite his sin, despite his father’s sin (Judges 6:25), despite the fact that Gideon should have known better. Take a look at this gentle, patient exchange:

And [Gideon] said to [the Lord], “Please, Lord, how can I save Israel? Behold, my clan is the weakest in Manasseh, and I am the least in my father’s house.” And the Lord said to him, “But I will be with you, and you shall strike the Midianites as one man.” And he said to him, “If now I have found favor in your eyes, then show me a sign that it is you who speak with me. Please do not depart from here until I come to you and bring out my present and set it before you.” And he said, “I will stay till you return.”

Gideon then tests God again and again, and in all these tests, God patiently complies, quieting the fear of His child, showing Himself to be true (Judges 6:36-40).

When we doubt, let us not forget that our own understanding is still forming and our conclusions drawn from our experience are more often than not inaccurate. Let us be quick to repentance. In the fight against doubt, we must remember that our place in time and our comprehensive abilities are finite – and so, our bets are better placed on the Infinite, the Omnipotent, and the Eternal as we face the fog that attempts to threaten us.

This is indeed the God who brought His people out of Egypt, and then, in Christ, brought His children out of slavery to sin. Surely, He will continue to rescue His own.

Whatever our circumstance, whatever may be unfolding that we may not see, He remains. While the waves of a fallen world and fallen self toss us to and fro, He is the rock that will sustain the world long past the day we pass into eternity.

“The worldling blesses God while he gives him plenty, but the Christian blesses him when he smites him: he believes him to be too wise to err and too good to be unkind; he trusts him where he cannot trace him, looks up to him in the darkest hour, and believes that all is well.”

Be sure to subscribe to the Image Restoration Podcast on Apple Podcasts and Spotify for the upcoming series on doubt.