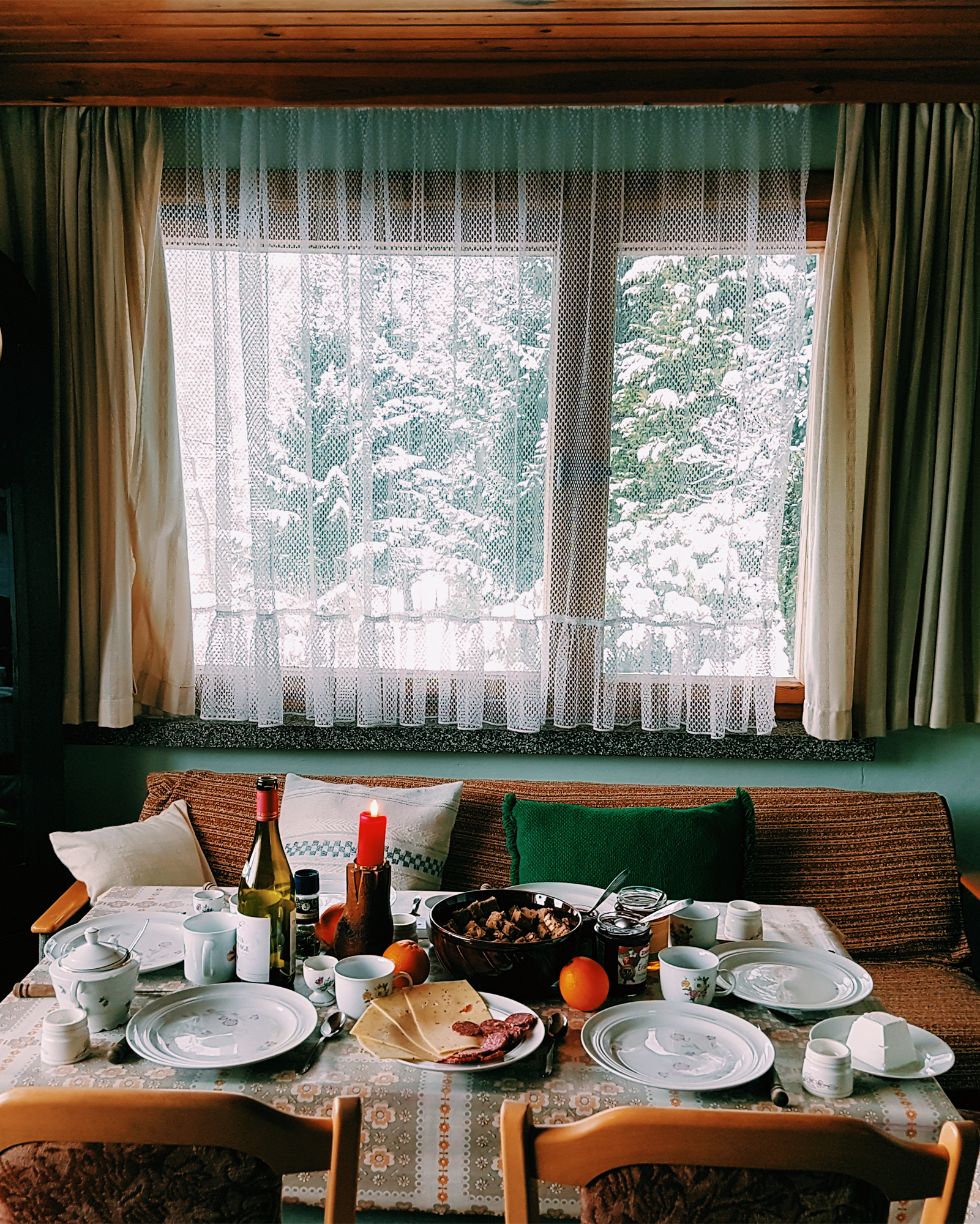 I didn’t even realize as I sat down to write this post what day it was. And then, as I went to distract myself on social media (as one does before they settle in to accomplish a task), I realized that today (March 10 as I write this) is the three year anniversary of The Haven Ministry.

For those who don’t know, The Haven is a ministry of hospitality that God used me to begin on March 10, 2017. You can read more about it here.

So it could not be more appropriate for me to write a blog post today on a concept I’ve pondered, sat on, and learned over the past three years. I am amazed at His providence and humbled by His goodness.

This concept I have chosen to write on, as indicated by the title, probably doesn’t surprise anyone who knows me or has seen my blog for any length of time, but don’t let that cheapen my sincerity. Theology – good theology – truly changes ministry. It transforms it into a real, living thing. Or perhaps, to say it differently, knowledge of God, His ways, and His plan changes the work in His kingdom. Service doesn’t require theology to perform, but ministry certainly requires it to be alive and set apart from worldly charity. Because of the theology He has given us, we can work in such a way that follows His precedent of restoration to new life.

Praise God that He has allowed us to not only take part in His Kingdom work, but that He has given us knowledge of Himself to make our work life-transforming.

It is difficult to serve a master whose will you do not know.

I remember the anxiety I felt when I discovered a young woman I had invested in had unfriended me on social media, cutting communication. That was the final act after several weeks of conflict that I had attempted to resolve where we both had made mistakes that brought about hurt. I repented to her and to God of my end. I attempted to retain amicability between us.

I felt even worse when I saw her begin to pursue the world and its temptations, leaving behind Christianity, partly blaming myself. If I had not sinned against her, would she have stayed with God?

I remember then, a couple years later, feeling grieved as I wrote the words informing a young woman she was evicted from the home. I had loved her, spent time pouring into her. This time, the dissolution of the relationship was due to her behavior, and her behavior only. She had received warning. But there was still a voice in my mind that whispered, “This didn’t have to happen if you had only played your cards right.”

Or, worse – you may think you are doing His will when you are in fact just painting makeup on corpses.

Knowing His will also brings comfort when you have “played your cards right” and it all falls apart anyway.

1. The results are of the Lord.

Knowing the theology that God is sovereign lifts much weight from my shoulders. In my first example, I found rest later recalling that the lost do not want to know God – that they hate Him – and so her unwillingness to forgive and her apostasy was not my fault. When the second example transpired, I was much more quickly reminded of the truth of God’s sovereignty and was able to breathe a sigh of relief.

No, I am not perfect in the process. And although I can’t always pinpoint the places where I am in clear sin, the theology that I am still a sinner in need of grace keeps me humble so that I won’t be tempted to think I am perfect every step of the way. However, after I have done the best that I can, giving every opportunity for restoration, acting in faith when saying yes to obedience several months before, I can rest.

When I have proactively sought to obey the Lord and reject sin and pride, I can look at these situations not as a failure on my part, but as an ordained result of God. I can remember the walk of my perfect Savior who, despite living in perfect obedience, was not received by the Pharisees and was crucified by the Romans. I can rest in the knowledge that I have given these women the gospel and the opportunity to reconcile, and that after that, it was God alone who could work in their hearts to change them.

All God requires of me as I set out to imitate Christ to a fallen world is faithful obedience. The results of that obedience rest on Him, and perhaps that sometimes means the only fruit born of it is in my own sanctification. But whatever fruit is born, it is God who makes it grow (Galatians 6:9, 1 Corinthians 3:7).

So when it happens, it isn’t a surprise. It rolls off the back much more easily, despite the grief over a fallen world that it may bring. Knowing that the message you carry is offensive and invites attack protects you from fearing you are doing the wrong thing when those promised results occur.

3. For the Glory of God Alone

This, above all doctrines, has been my closest comfort.

When suffering strikes, when chaos seems to rule, when no effort seems to produce fruit, the truth of Soli Deo Gloria is a balm to my soul. It gives everything purpose; it promises no tear is wasted. Nothing would happen if it wasn’t for the sake of bringing God glory in the end. Nothing.

If nothing else, my suffering brings God glory because, according to His promise when He saved me, it is conforming me into the image of His Son. If by my suffering more people see the image of Christ, then praise be to God.

So I am willing – and even eager – to suffer and endure chaos if that is what is necessary to bring about a greater glory in His world. This is the bedrock of ministry: that what the world intends for evil, God not only allowed but ordained it for good (Genesis 50:20).

What is the goal of ministry? To bring the gospel, the power of salvation, to the lost world.

But even moving past the change from unbelief to belief, I have seen theology change the women I minister to. One in particular, who has lived with me for the past year and a half, is truly a transformed person by the grace and knowledge of God. Where she once was governed by fear and living by the promises of the world, she now confidently states her trust in God in the midst of turmoil and smiles wide when considering the glory of her Savior. She has grown from daughter in the faith to sister, one who blesses me in return, and it is all because she has learned and received the truths of God.

A common critique of churches is in response to their missions trips. A week to a month in another country, spending a little time building a school or helping clean a city, with much of the time spent exploring like on vacation and very little time spent dwelling on or preaching the gospel.

Who gets saved through service? If service was salvific, every family on Extreme Makeover Home Edition would be saved.

Theology changes the ministry because knowing God makes you realize that your presence anywhere is ultimately useless without a call to repentance and the sharing of good news. You could build ten hospitals and transport people across the globe to them for physical healing, but not one would be saved by your efforts without being presented with the message of salvation. Jesus healed ten lepers, but only one came back – it is not service that saves, but coming to know the greatest Servant of all.

Along a similar vein, no self-improvement program will repair people. There was a time I believed this was the key. Adopting external habits, however aligned with biblical values, and behaving morally, however righteous that behavior may be, will bring no glory to God if the heart is stone and the spirit is dead. Creating rules and habits and promising any sort of restoration by them without Christ’s grace at the center is lethal. It puts a burden of work on a person they cannot bear up under. When calamity or illness or spiritual despair strikes and they are unable to fulfill those external laws, where does that leave them?

Unless they have been given and counseled in the gospel of grace, it leaves them despondent, without hope.

However, we cannot paint service as secondary or unnecessary. Theology also changes ministry because it prevents it from becoming merely talking at people. When we know the scriptures, we cannot escape the practical display of justice through it, as summarized in James 1:27 and 2:15-16.

An all-encompassing body-and-soul endeavor: this is what ministry becomes when it is transformed by theology. Knowing theology – the realities of the Lord you are serving – breathes into ministry work the life it was intended to have.

It is a fight against darkness, and believe me when I say there is darkness at every turn. Serving in ministry will heighten your awareness of its depth and extent. It’s frustrating. Everything is in this dance of tension, trying to be restored but meeting resistance in that effort. It’s no wonder pastors and missionaries take furloughs and sabbaticals. To add to the frustration, it doesn’t take long to realize that there’s darkness on your own team. Pride, selfish ambition, simple foolishness – these and other sins will pop up and cause conflict, either within or without. Just when you feel you are making headway, someone on your own team will act in ignorance or succumb to temptation, undoing months or even years of careful work. Forgiveness will become a very real, regular practice for this kind of betrayal.

Let’s not forget the darkness living yet within yourself.

But this is the purpose of ministry: to partner with Christ in the work He began – a restoration through death into new life. And this restoration is not compartmentalized to the main target of your ministry efforts, but to the onlookers, the team, yourself. Your work flows out beyond the places your feet tread.

Every time you suffer for the sake of the gospel, physically or emotionally, taking up your cross and laying your life down, Christ is bringing new life into the world through you. Every time you extend forgiveness, leaving sin in its grave and granting grace, Christ is displaying Himself in you. Every time you repent of sin in yourself, fighting your flesh and dying to it, Christ is drawing you deeper in to new life.

Christ has invited you to join in the work He began – and finished – at the cross. As you suffer little deaths daily in this work of restoration, dig your roots in the Word and drink deeply of its truths. Knowing your loving Master as you walk with and serve Him will change everything.

Singles: A Most Underused Resource

This Is Not The Masterpiece